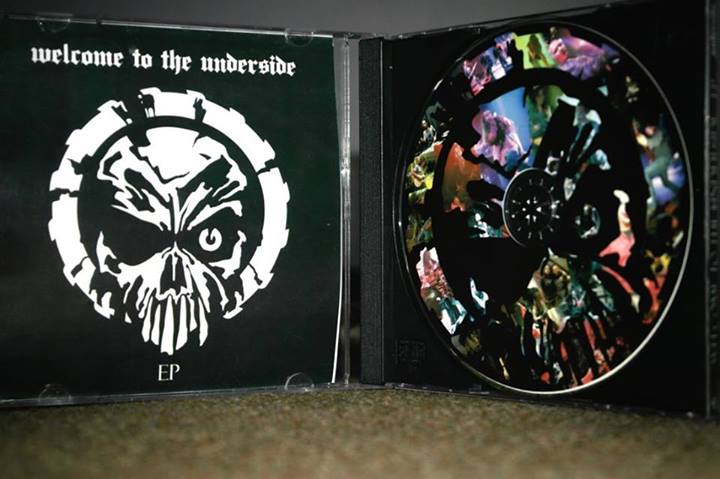 Kathmandu Nepal based band Underside has released their debut EP “Welcome to the Underside” on January 11 2014. The album consists of 7 tracks running for approximate 25 minutes.

The album was one of the much-anticipated album of Underside and the release doesn’t disappoint. The album has its own unique taste; the band has incorporated sounds of various genres like metal-core, new wave metal, heavy metal, groove etc. which has given underside the distinct sound of their own and make them stand out in the herd.

As of vocals, it is absolutely well done. Vocals are shaped distinctly for each track which gives dynamic listening experience.  Avishek K.C’s vocal is definitely applause worthy! The album starts with slow gloomy track and end with similar track but with hint of industrial metal (IMO). In between these there are five original tracks including “All Notes off”, “Welcome to the Underside”, Pride & Disconnect.

As of production quality, it excels in all direction. According to credits in the cover of album, album was mixed / mastered by Malta who is known for mastering Behemoth’s albums and for being sound engineer of Behemoth. So quality is definitely remarkable.

Buy it, borrowing it, steal it but get the album! Underside’s sound is worth exploring.  They are the new breed of modern metal, a force to be reckoned with !!!

The band is currently streaming their EP in its entirety on their website,  you can listen Welcome to the Underside there.