Brutal Pokhara is a group of metal head from pokhara,Nepal.Brutal Pokhara presents themselves as medium for publishing ,organizing concerts/gigs,news printing ,record label for the underground SCENE of Pokhara specially as well as in other parts of Nepal. They have organized few gigs in pokhara in last few months. One of the gig they organized was Butcher the Values. 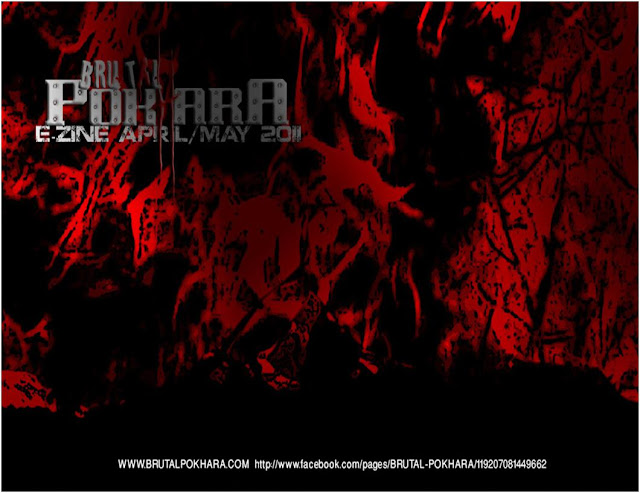 Currently They came with a E-magazine(Ezine) of 95 pages.Its the second electronic magazine in the underground SCENE of Nepal. ktmROCKS is the first to publish such kind of emagazine in local SCENE of Nepal. Till Now ktmROCKS have published 8 e magazine.You can find 8th (latest) issue of ktmROCKS Emag in this site.